Long story short here, Kourtney Kardashian recently posted a naked photo of herself to promote her new website or brand or whatever and 2 weeks later Miss Farrah Abraham shares a VERY similar photo of herself.

Farrah captioned the photo: “LEGEND. GODDESS. GENIUS Monday’s mean multitask I can never finish getting ready & im woken up by calls & meetings never end …. so just do it.” Farrah makes no mention of Kourtney as the inspiration for such photo, she does however hashtag her “Master Class” which I think is some sort of internet class she is planning to sell to teach people how to be rich. I’m not really sure but I am pretty sure you don’t care… you’re just here for the naked photo drama, am I right?

Anyway TMZ caught up with Farrah at the airport and tried to get some juicy reaction out of her by calling her out for the copy cat photo. “I say we should just stop comparing women,” she said. “I super support all female mamas who are working, and pushing their own… Whatever she’s trying to push.“ 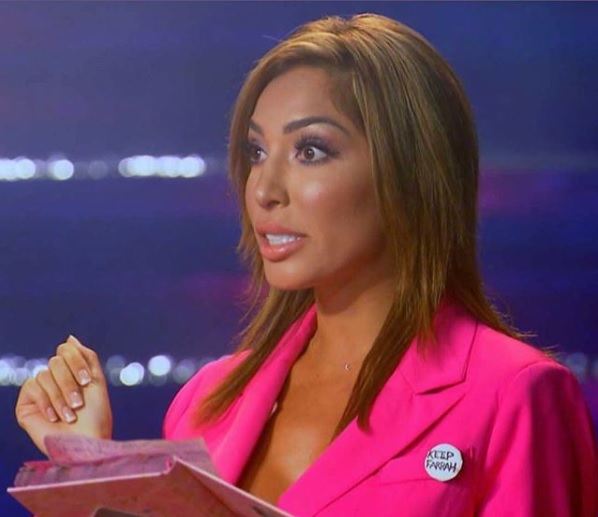 They tried to get her to at the very least admit to photo shopping her photo (because she’s totally missing a belly button as you can see…) and she simply replied that she does in fact have a belly button… she knows because she got it pierced so… logic.

Honestly I don’t even care about the altering of the photo because who doesn’t use filters and face tune and all those other apps that make you look like a different person? I just wish Farrah could for once just say “Yeah… I loved Kourtney’s pic and recreated it because it’s awesome.” Be real woman! No harm in just telling the truth and supporting your fellow woman.

This site uses Akismet to reduce spam. Learn how your comment data is processed.